Please check the SER Ownership page for full disclosures as we are shareholders of Questerre Energy. 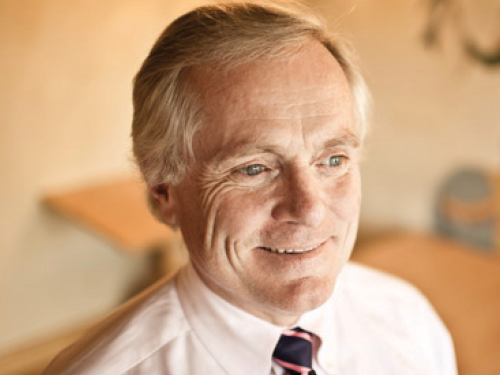 Michael Binnion
CEO & President
Michael Binnion (Board Chair) is the President and founding shareholder of Questerre Energy, a public oil and gas production company operating in Quebec. Questerre and its predecessor Terrenex have been pioneers in natural gas exploration in Quebec for the last twenty years. They are currently working on their social license to commercialize the Utica shale gas discovery in the Lowlands.
Mr. Binnion is a long-time believer in the deep natural gas potential of Quebec. He acquired the current land position held by Questerre in 1998 based on new geological ideas and has brought in the industry partners that participated in the giant Utica shale discovery on Questerre’s land in 2008.
Mr. Binnion is a seasoned entrepreneur with a history of starting, financing and managing companies, primarily in the oil and gas sector. From 1996 to 2000 he was President of CanArgo Energy, one of the first Western companies to engage in oil and gas exploration in the Republic of Georgia. CanArgo played an active role in helping introduce legislation and a regulatory framework for the oil and gas industry in the country.
Mr. Binnion was founder and served as President and Chief Executive Officer of Flowing Energy Corp., a junior exploration and production company, from June 1996 to December 2001 and Chairman of the Board from 2002 to 2004. From 1992 to 1997 he was Executive Director of Crossfield House Inc., a private merchant banking firm. From 1988 to 1992 he was a minority shareholder and manager of a private investment company that held interests in commercial real estate and golf courses. Prior thereto he was Manager in the High Tech group at Clarkson Gordon, a division of Ernst & Young, specializing in tax-assistant financings. Mr. Binnion served as Chairman of the Board of Sylogist Ltd. from March 2000 to February 2002. He served as a Director of Sylogist Ltd. from March 1997 to November 2006. He was a founder and Director of Magnus Energy, Inc. from March 4, 2005 to November 2007. Mr. Binnion serves as Chairman of High Arctic Energy Services Inc.
Mr. Binnion is a Chartered Accountant and holds a Bachelor’s degree in Commerce from the University of Alberta.
Recognized internationally for his expertise in shale gas exploration and development, he presents at numerous conferences each year.
Return to On Demand Page
Next Company